FormFire Goes To The Brew Kettle 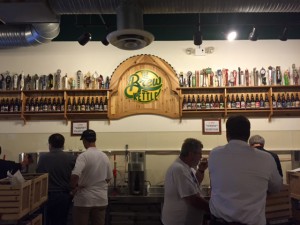 The FormFire Team Is Brewing Up Competition

Several of FormFire’s employees took a trip to The Brew Kettle in Strongsville last week to brew our own beer. We decided to make it into a bit of a competition with two teams – each brewing their own beer of choice, and creating custom labels. 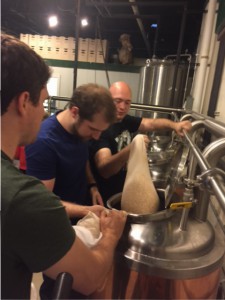 Ben Oles, Senior Software Developer, Joe Staff, Quality Assurance Analyst/SCRUM Master, and Wayne Byard, Software Test Engineer brewing beer[/caption] After a few hours of brewing, and several measuring mishaps later both of our teams completed their beers. We had a great time, and are looking forward to going back in several weeks to bottle our beer, see the finished labels, and make our decision of who brewed the better beer.

Posted in: Our Team